In 1945, the attention of the United States, along with the rest of the world, was focused on World War II. After more than five years of fighting, downcast, war-weary people were looking for signs of hope of a better future. One April morning, a duck searching for a nesting spot lands on a tall post sticking out of the Milwaukee River. Situated near a busy drawbridge and the noisy city of Milwaukee, this was an unlikely, precarious spot for a soon-to-be-mama duck to build her nest. But that is exactly where Gertie (named by a local reporter) decides to make her home and lay her eggs. Once local newspapers report the story, crowds begin visiting the bridge to watch Gertie and speculate how she will safely hatch her babies. Soon, news outlets around the world are carrying the hopeful tale of the plucky duck, raising spirits, and giving readers a shared sense of community. 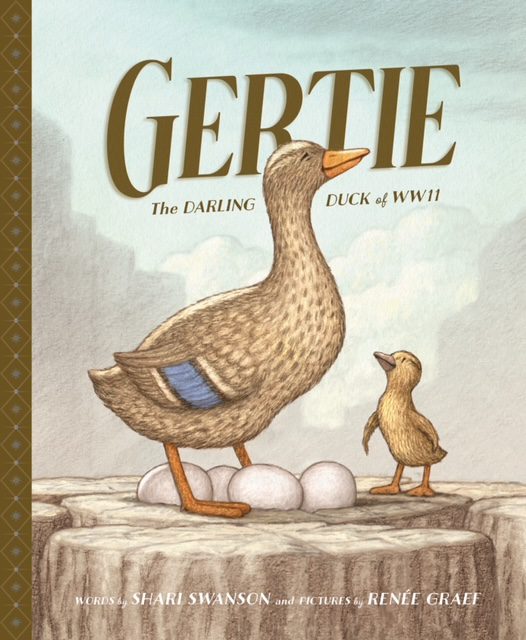